Some other rescue organisations regularly put FIV cats to sleep when in our opinion there is no need for this! They should be given a chance to live out the rest of their lives just like any other cats in loving homes.

From our experience at HAWS, we have found that the majority of our FIV cats live perfectly normal lives and don’t require any more medical assistance than any of our other cats. We have known homes where FIV cats have lived with normal healthy cats before the owner was aware of it and where these cats were not aggressive the non-FIV cats never contracted the disease.

Whilst we do not advocate letting FIV cats outside, if you have a secure garden it may be possible to allow short escorted visits outside if necessary. However we recommend ideally keeping FIV cats in indoor homes because in an indoor environment they are far less likely to pick up any other kinds of infection.
Please, if your cat has been diagnosed with the FIV virus, make sure you know the facts before making any rash decisions! Remember that they may not suffer any ill effects and could live as long as any other cat! If in doubt you can always contact us at HAWS as we can hopefully put your mind at rest.
If you would like to adopt one of our cats with FIV please see our homing list and contact us.

In this letter to HAWS, Professor Jarrett tells us the facts about FIV.

There is no doubt that on occasion FIV infection can ultimately lead to serious and perhaps fatal disease. As in HIV infection of people, FIV may cause a defect in the immune system of a cat so that it becomes susceptible to other infections and to various kinds of cancer. This is the reason why a number of scientific groups around the world are trying to develop vaccines against the virus.

However, our experience is that a large number of FIV-infected cats live long healthy lives and may never suffer any ill effects. Why some cats become ill but others survive for their whole lives with the virus, is still not known. It has been suggested that this variation may be due to cats being infected with different strains of virus, the way in which the virus is transmitted between cats (by transfer of saliva through grooming as against bites), the stresses to which the cats are subjected in different environments, or to the genetics of the cats.

Perhaps we have become used to the much more dramatic situation with the similar virus, HIV in man, in which infected people who remain untreated will develop AIDS and die in a relatively short space of time. In many cases, FIV seems to have reached a balance with its host so that possibly the majority of infected cats go through their whole lives without problems. Also, cat owners are familiar with feline leukaemia virus infections, in which almost all infected cats die within four years of becoming infected. In contrast to both of these, FIV infection allows cats to live for considerable periods of time and remain in good health.

Therefore I would endorse the view that it is very worthwhile to home such cats in situations where they are able to receive veterinary attention as appropriate, and are not in danger of spreading the virus to other cats.

Other articles from Professor Jarret

Read an article written by Professor Jarrett on BBC website

Feline leukaemia virus almost eradicated in UK. Could FIP be next?

I just thought I would give you an update on Colin, who has now been with me for about 3 weeks. He is a STAR!

Obviously he was nervous to start with (my hands show the scars!) but he has settled down really well. He has the appetite of 2 cats, in fact he will easily polish off one of the Whiskers large pouches in one meal.
He has also turned into a lap cat and whenever I am watching the television, he will creep up on me and climb onto my lap and the sound of his purring drowns out the television! When I come home from work at night, he is sitting at the top of the stairs. I have not quite worked out if he is pleased to see me or that he knows that mealtime is approaching!
Rehoming Colin was the best thing I could have done as he provides me with so much love and is always following me around the house.

The very start of September I adopted George (previously Sonu) the ginger and white FIV cat from you. I just wanted to update you with how he’s settled in and what he’s been up to. I have never owned a cat before (but had everything else from dogs to horses!) so he is my first venture into having a feline friend all of my own.

I have to say he has been an absolute dream and has made looking after him easy as can be. He is a perfect mix of friendly, affectionate, playful and cheeky, and everyone who comes round to visit instantly falls in love with him. He absolutely loves his toys especially a purple feather one that means he always has some purple fluff sticking out of his toes or hanging from his chin, and being in a house with three girls he’s never short of someone to play with, or LOTS of affection either!
He wakes me up every morning at 7am on the dot and then proceeds to tap my nose with his paw if he thinks I might fall asleep again! When I’m lying on the sofa watching telly he’ll come and lie flat out on my chest and I can feel his little purrs going through me – they are some of my favourite times ever, it makes me feel so maternal! His foster mum had said he never miaowed but he seems to have found his voice (all be it a little squeak), miaowing when he feels like he’s being a bit neglected on the cuddle front or when he’s decided he wants to play.
I am so glad he is in my life and I think he’s happy being in mine. He makes me (and my housemates) laugh and smile so much. Sometimes I just watch him sleeping, wondering what he’s dreaming about as his little legs twitch or he starts mumbling to himself. I couldn’t ask for a better cat or one with as much character as him – I knew as soon as I met him that he was a real little character and he certainly hasn’t let me down!
I think I’ve rambled on enough about him now (he’s my main topic of conversation with everybody – he’s like my baby, all the relatives have been informed and I’ve got his picture on my pin board in work!).
I’ve attached a picture of him fast asleep in his new home. I just wanted to thank you for all your help (Carole and Louise his foster mum were fabulous) and let you know he’s settled in, happy and making our lives better!
Regards, Gillian

Thank you so much for all your help, it was lovely to meet you and a very special day. Whisky has setlled in very well. He did not enjoy the car ride and had a number 2 there and then, which the smell made him sick. However i sponge cleaned him as soon as we got him home, and heard his lovely soft purr for the first time. He has had much fun exploring his new surroundings and at first spent half an hour a day under the bed, perhaps this was nerves, seeking alone time, or pronouncing it his special place, like a man’s potting shed! He really is a total softy, very gentle and very affectionate. He has yet to utter his first meow, but makes up for his quietness, with a real motor like purr.

I cannot thank you enough for bringing him into my life, and for all the care you gave him. I am totally besotted with him, and i think he likes me too, and seems to recognise me.
Whisky’s favourite things in the world seem to be cuddles and whiskas salmon and carrot pouches! He is also very playful, and likes his scratching post and other toys. A very clever chap too, he found his litter tray easily the first time and has gone back to it ever since, not making any mess, or scent marking anywhere.
I have already taken some lovely photos of Whisky settling in his new environment, and when they are developed i will be sure to send you a copy.
I do hope this e-mail finds you well, and your many cats happy!
With kind regards
Victoria

View our current FIV’s waiting for a home.

Help us provide veterinary treatment, and rehome hundreds of homeless and abandoned animals every year. Our donation facility is hosted by People’s Fundraising. 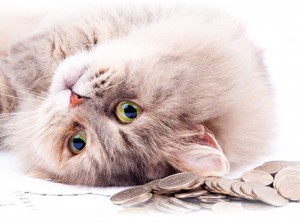 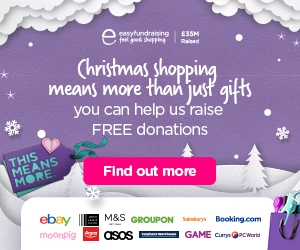 Join Our Hounslow Animal Welfare Weather Lottery for Your Chance to Win £25,000!